What is Video Marketing Today?

Video marketing used to be simple. It was called advertising, and it more or less began and ended with live action TV spots.

Sure, there was a wide range of videos being made for that purpose. The typical 30-second ad. Longer form infomercials. Spots dedicated to a specific services. More general brand promotion. But they were pretty much all broadcast, and all shot on a camera.

The strengths of this approach are obvious and well-known. Reach a large audience in a short time. Target a particular audience based on the programming around the ad. Re-play the ad and stay front of mind.

Thanks in large part to the internet, that’s no longer the only video marketing method. In fact, more companies today DON’T do TV advertising than those who do. But that actually means there’s even more video marketing. Like, a lot more.

87% of marketing professionals use video. 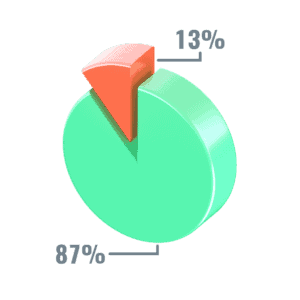 Why? Well, this part is simple. Consumers prefer video to other mediums.

However, that doesn’t quite tell you what you need to know to be successful.

How Should YOU do Video Marketing?

While video marketing was once fairly narrow, it’s expanded greatly. From explainer videos to product demos to testimonials to case studies to brand pieces to…

You get the idea. There’s a pretty broad range of video marketing methods out there. Some people categorize them into a top ten or twelve or other number that captures types of videos you could make.

There’s another way to think about it. A strategic way. If you start with strategy, you’re more likely to have a successful video marketing campaign.

One approach looks at the buyer journey. Here’s an application of it for small businesses, but it could be adapted for large enterprises, too.

More generally, think about the path you want your audience to take. Then, think about which step in that path could use the most help.

You’ll probably want to start there, but you don’t have to stop there. Video can be used at each step in the journey. 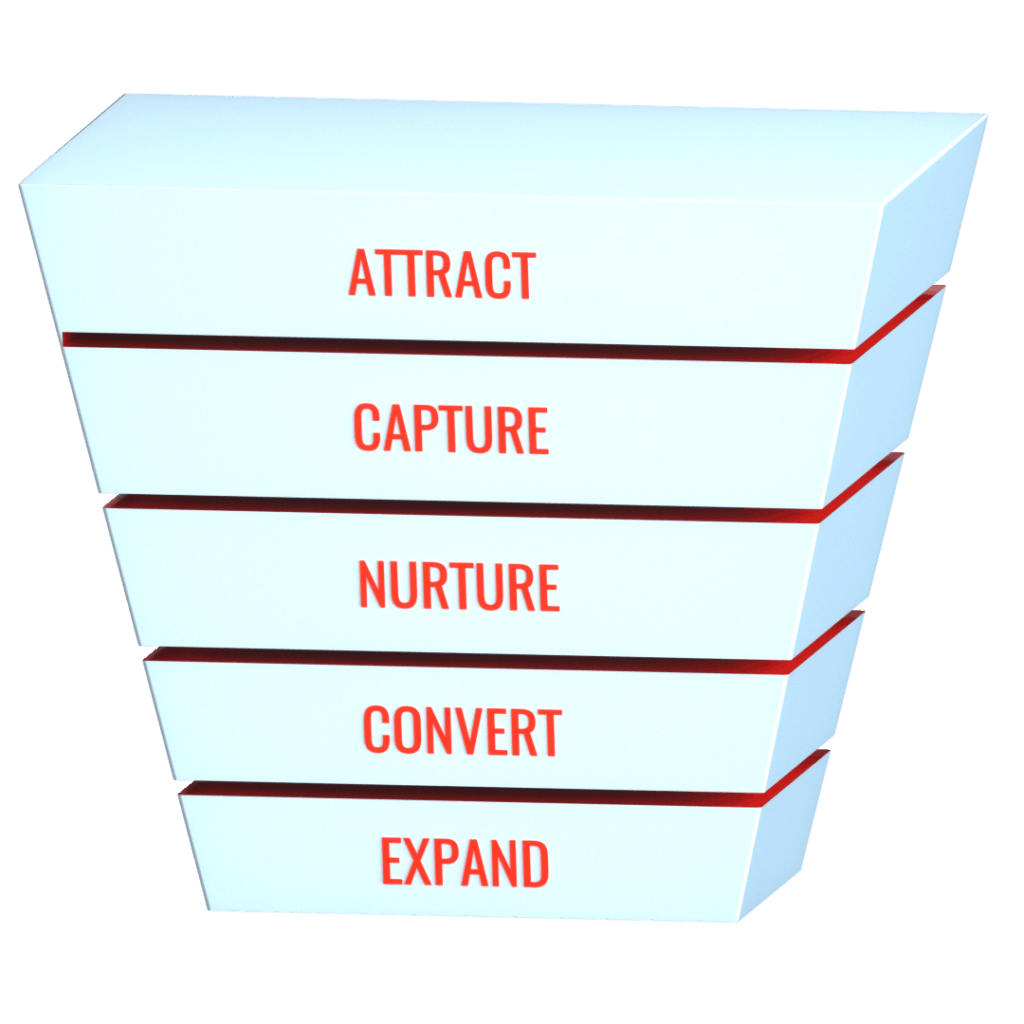 Want to spread awareness? A brand video can help. Looking to inform your audience? An animated explainer video can show your value. In short, no matter what your goal is, video can help.

So, if you plan your campaign around an audience journey’s steps, you’re more likely to ensure that your video marketing investment pays off.

What Do You Need to Consider for Each Video?

Ultimately, each specific video should be built around your audience and your goal for them. Still, some high-level things apply to any project.

First, your audience. You might have noticed that word a handful of times already. It’s not just an important consideration. It is THE consideration.

Context is also important. Again, if you’re thinking strategically, you need to look wider than each individual video. Where will they see it? What will they already know about you? What’s their next step?

Your brand is another driving factor. You might love the latest viral video that you saw. It might even be incredibly effective for that company.

But if it doesn’t fit with your brand’s style and voice, don’t imitate it! It could actually backfire, muddling your message and confusing your audience.

On more practical matters, develop clear timelines. Especially if you have a campaign, your team needs to be able to plan when each video will go live.

There’s also budget to consider. Obviously you’d love to make every video you can think of. Realistically, though, you need to prioritize the most essential ones.

It all boils down to being smart about it. Consider why you’re making the video. Craft a solid plan for producing it. Then do it! How? Great question.

How Do You Make Videos?

There’s a simple answer to this. You don’t. Someone else does. There are a lot of different video production companies out there. We’ve even talked about picking an animated explainer video company.

In addition to freeing yourself from the work, a video production company also brings a level of expertise to the project. They may even already be familiar with your content or subject matter.

When evaluating animated video production, be sure to consider more than price. Does their portfolio show a wide range of work? Do they have a team to handle all your video needs? Can they deliver on time?

Then again, maybe you have a knack for video yourself. If you’re comfortable with writing a script or even developing storyboards, you could possibly find a freelancer to handle it, whether it’s shooting live action video or animated video production.

There are a lot of talent-finding sources out there. General freelance sources like Fiverr and Upwork are popular, though hit-or-miss when it comes to quality. A place like Video Brewery that specializes in video has a vetted pool of freelancers, especially for animated explainer videos.

Or, there’s always the DIY approach. If you have an in-house creative team, you might be able to produce videos yourself.

Even if you don’t have a high-end DSLR, a lo-fi video has its own advantages. Especially if you’re trying to showcase your company culture, a quick video shot on an iPhone can give a certain air of authenticity.

That said, you’ll still want to look up some film fundamentals. There are tons of guides that can quickly turn you from video newbie to auteur director. Or something like that.

Talk with a Video Strategist

Okay, Now How Do You Do Video MARKETING?

So your video’s done. Just put it on YouTube, right? Well, maybe. But there are a lot more options.

YouTube also has a lot of useful metrics to help you gauge success. Plus, it’s free.

If your brand is more design-focused, Vimeo might be the right choice. It has a variety of paid plans, so one of them will surely fit your budget. The main difference from YouTube is that it gives your videos a higher quality, ad-free platform.

A newer option, Wistia focuses on analytics. With more robust data than YouTube, you can get much more clarity on how your videos are performing, plus some customization options. It’s more expensive, but it’s also more powerful.

Vidyard is similar to Wistia, but with even more management capabilities. If you’re looking to dive all the way into video marketing, Vidyard has the tools to help you make the most of your campaigns.

When it comes to social media, you should also consider uploading to the platform itself. On Facebook and LinkedIn, videos that are posted natively get better organic exposure than YouTube or Vimeo links. If you’re hoping to get views without ad spend, native posting is a free shortcut.

Are Your Videos Working?

Imagine how tough it must’ve been for early TV advertisers to gauge their success. Sure, they could look at before/after numbers. Not only was that speculative at best, but it didn’t give any insight into how the video could’ve been better.

In contrast, look at all the numbers you have! View count, impressions, shares, likes, watch duration, abandon rate, click-through rate. And that’s not even touching on demographic data.

Now, you have the opposite problem. Which numbers should you look at? As always, it depends on your goals. On your strategy.

For awareness, you might want to start with engagement measurements like view count, impressions, and shares. Needless to say, these are probably too generic unless the whole world is your audience.

So, look at them in context. Here’s where you’ll want to dig into audience information.

Demographic numbers are one useful set of data. You might have a buyer persona (or a few of them), or you might be wondering who your typical buyer is. In either case, there are a lot of ways to see who’s watching your video.

Perhaps more relevant for B2B video marketing, you can also find information on job title, industry, or other business-related data. This can also help you target the exact right audience, a great way to minimize wasting your spend.

There are also some platform-specific ways to see if your videos are working. Wistia lets you see if a particular video has been watched. This can help sales teams know when and how to follow up or send another piece of content.

What Else Can I Do With Videos?

Just because the video is done doesn’t mean you have to be. After you’ve hosted it, uploaded it to your channels, distributed it, and anything else you planned, you can still make more use of it.

One way is to repurpose it. Have a 2-minute brand flagship video? You could easily cut it down to a 15-second cut for a YouTube preroll. Or a social post. Or a teaser ad.

You get the idea. Video is flexible. Just because you made it for one purpose doesn’t mean you can’t adapt it for another.

Yes, it’s always ideal to make a video for its intended use. But there are these things called budgets. If you can’t afford a whole new project, repurposing is a pretty good substitute. A nice shortcut, too, since you probably want to roll it out three weeks ago.

Video doesn’t have to stand alone. A landing page is a great example of how context can make the video more effective.

Instead of cramming your company explainer video with every feature, benefit, and value prop, just touch on them. Then, right below the video, you can list out all the bells and whistles.

That way, people get a quick picture of your high-level value. Then, the specifics are there for them to discover at their own pace.

Email campaigns can be similar. Or, if you have a series of videos, you can plan a journey for your audience. Tools like Wistia or Vidyard can help you know when each member of your audience is ready for the next video.

Video doesn’t even have to be just video! Video may be the most popular medium, but that doesn’t mean it’s the only medium.

You could take a scene from a video and turn it into a banner ad. Or, you could use elements from the video to build out an infographic or an interactive experience.

Some people even prefer to read! (Maybe you’re one of those.) On social media, where people often don’t have sound on, you could easily post the video script as text in the post, getting through to people who might not be listening.

It’s true. Video marketing is complicated. But if you think strategically, you can be sure you’re making the right videos at the right times for the right audience.

This guide is only a starting point. Be sure to look into everything, from producing to hosting to distributing, before you get started. With a plan in place, you’ll maximize your ability to get a return on your investment.

And, hey! Maybe you’ll realize that the good ol’ days are still pretty good. People still watch TV, after all. (Even if it is mostly online.)

Have any questions? We’d love to help! Reach out, and we’ll be happy to discuss your video needs.

Talk with a Video Strategist

Return to top of page